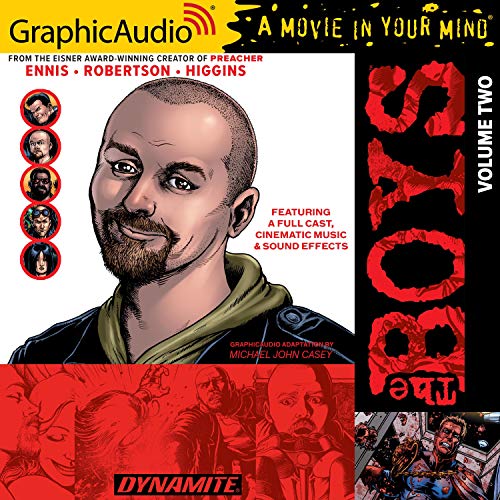 Everyone has something to get off their chest: Frenchie confronts the Female about her work with the Mafia, Mother's Milk goes to see his mom, Annie wants a word with God himself, and Butcher enjoys yet another ghastly tryst with CIA Director Rayner.

The Legend, meanwhile, offers to tell Hughie everything he wants to know about The Boys - all Hughie has to do is take a walk with the dead.

Things take a darker turn when one of the original G-Men commits suicide, which is bad news for Vought-American as there’s far too much at stake for anyone to go poking around now.

16 comics Issues Adapted to GraphicAudio containing Good for The Soul, I Tell You No Lie, G.I. and We Gotta Go Now.