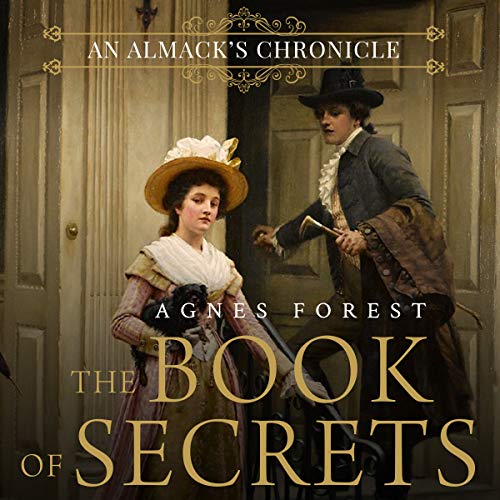 The Book of Secrets

A lady with a dangerous secret; a marquess in need of a wife, but not sure that he wants one; an unexpected meeting; an interfering brother; a chance for lasting love

Lady Josephina Crawford, daughter of Viscount Whitemore, harbors a devastating secret that keeps her from finding a suitable husband in high society and risks bringing scandal to her family name should it ever be revealed. Custom, duty, and propriety stand in the way of her happiness, and within the confines of Regency England’s high society, those barricades are enough to keep her encaged forever.

Gerard Sheridan, Marquess of Richmond, heir to the Duke of Bedfordshire, suffers from a secret of his own - he struggles to deal with the enormous pressure to fulfill a role that he never expected would be his. Oil paint, color, light, and composition fill his imagination every waking moment, but all of that must be cast aside as he takes on the role of heir after his brother’s tragic death. He needs to find a wife, and fast.

A chance encounter opens up new hope. But from behind the masks that they wear, Josephina and Gerard must face the truth that they see in each other’s eyes; they’re lost in a battle between convention and love, and within the glittering walls of Almack’s Assembly Rooms, they’re, without question, set up to fail.

Can Gerard overcome his doubts and believe that love is possible? Can Josephina risk trusting that her secret could be safe with Gerard? Or will the conventions of society tear them apart forever?