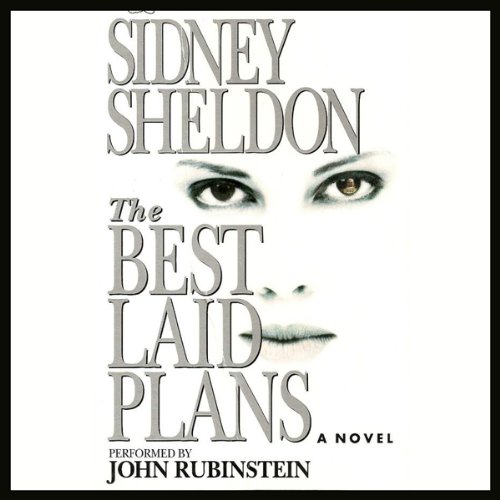 The first entry in Leslie Stewart's diary read: "Dear Diary; This morning I met the man I am going to marry." It was simple, optimistic statement, without the slightest portent of the dramatic chain of events that was about to occur. The Best Laid Plans tells the explosive story of the beautiful and ambitious Leslie Stewart, who learns that for some men power is the greatest aphrodisiac, and of Oliver Russell, the handsome governor of a small southern state, who finds out why hell has no fury like a woman scorned.

With the unexpected twists and turns that are the hallmark's of his mega-best-selling novels, Sidney Sheldon spins a tale of two equally determined people headed on a collision course. Oliver has a strategy to win the White House; Leslie has a scheme to make him wish he's never been born. They both should have known that even the best-laid plans can go dangerously astray...with deadly consequences.

The Best Laid Plans takes listeners inside two of America's most powerful and ruthless institutions: the world of politics with it's scandals, corruption, and cover-ups; and that of newspaper publishing, where it is not unusual to use the power of the press to destroy lives - or bring down heads of state - in pursuit of a story or to settle a score.