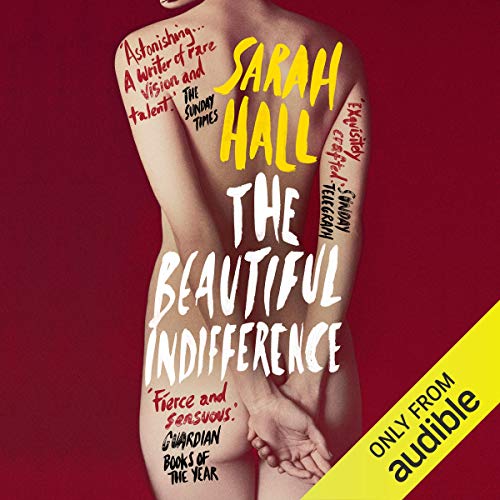 From the heathered fells and lowlands of Cumbria with their history of smouldering violence, to the speed and heat of summer London, to an eerily still lake in the Finnish wilderness, Sarah Hall evokes landscapes with extraordinary precision and grace.

The characters within these territories are real-life survivors, but whether it's a frustrated housewife seeking extreme experience or a young woman contemplating the death of her lover, dark devices and desires rise to the surface. And the human body, too - flawed, visceral, and full of emotional conflict - provides a sensuous frame for each unfolding drama.

The Beautiful Indifference includes 'Butcher's Perfume', which was short-listed for the BBC National Short Story Prize in 2010.

Sarah Hall was born in Cumbria and currently lives in Norwich, Norfolk. She is the author of four novels: Haweswater, The Electric Michelangelo, The Carhullan Army and How to Paint a Dead Man; a collection of short stories, The Beautiful Indifference; original radio dramas; and poetry.

She has won several awards, including the Commonwealth Writers’ Prize for Best First Novel, the Betty Trask Award, the John Llewellyn Rhys Prize, the James Tiptree, Jr. Award, the Edge Hill University Short Story Prize, and has twice been recipient of the Portico Prize. She has been shortlisted for the Man Booker Prize, the Prix Femina Etranger, the Arthur C. Clarke Award for science fiction, the BBC National Short Story Award and the Frank O’Connor International Short Story Award. This year she was named one of Granta’s Best Young British Novelists.

Sarah Hall`s books will not leave you unmoved, her stories cut to the bone. Her honest and analytical dissection of human relations and emotions is rare to find. There is no beautifying, no romantic touch, we see a reflection of our naked selves, our selfish pettiness and our anxieties. Yet, what a contrast, Sarah Hall describes nature and landscape with such tenderness and love, you think you see it with your own eyes and hear it with your own ears. Her language is beautiful, but not ornate, it paints an accurate picture.

The seven stories in this book take you from the rough beauty of Cumbria to buzzing London, from the woods and lakes of Finland to the wilderness of Africa, but they have one thing in common, human relationships.

We watch the passionate and carnal love of a horse breeding family in Cambria and the smoldering violence under the thin skin of civilization,
we suffer with a middle aged woman from the north, who fell out of love with her husband and tries to put the pieces of her life together again,
we feel with the young woman, who has a passionate affair, but thinks she lives on borrowed time,
we witness a bored middle class woman trying to get some spark in her life, by joining a fancy sex club,
we are touched by the love and tenderness given to a dying friend,
and we feel the growing anxiety of a young woman contemplating the drowning of her lover in a remote lake in Finland.
There is one story standing out, it is the story of a young couple on vacation in the wilderness of South Africa. The woman feels the threat of the relationship falling apart and in her despair, she runs out into the night. It ends with a surprising twist and a transcendental touch, which I did not like that much.