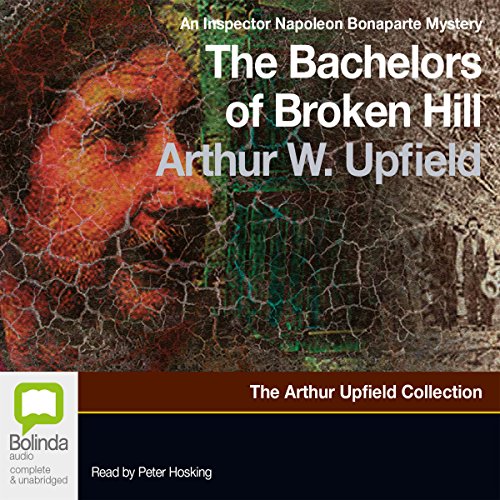 The Bachelors of Broken Hill

Peter Hosking's intense voice plays the full emotional range of this truly Australian mystery. Set in a remote mining town, The Bachelors of Broken Hill by Arthur W. Upfield tells the story of two unexplained murders. Inspector Napoleon Bonaparte is called in to solve the crimes, but is left waiting for another killing when the clues lead nowhere. In chilling tones, award-winning Hosking delivers a lucid performance of this literary mystery, at once a novel and a document of Australian life and culture at the time it was written.

A Golden Age mystery, from the incomparable Arthur Upfield. Arthur Upfield was the first non-American to be awarded full membership of the Mystery Writers Guild of America.

Among the 28,000 inhabitants of Broken Hill, there stalks a killer. Already two elderly bachelors have died horribly from cyanide poisoning. Now, two months later, Detective Inspector Napolean Bonaparte faces a cold trail - no motive, no clues. So Bony waits for what he believes to be inevitable - a third killing.