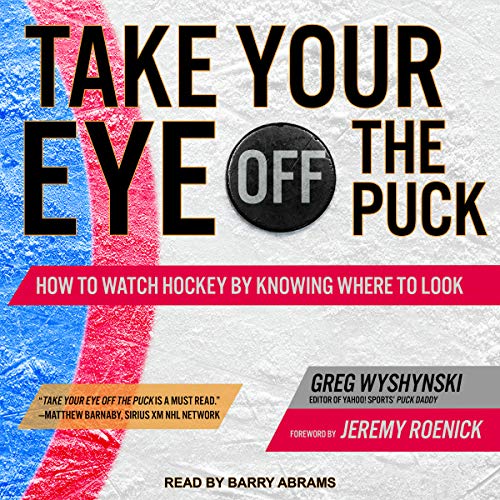 Take Your Eye Off the Puck

More and more fans are watching the NHL each week, but many of them don't know exactly what they should be watching. How does an offense create shooting lanes for its best sniper? When a center breaks through and splits between two defensemen, which defender is to blame? Why does a goalie look like a Hall of Famer one week and a candidate for the minor leagues the next? This guide for sports fans on how to watch and appreciate the game of hockey takes you inside a coach's mind as he builds a roster or constructs a game plan, to the chaos of the goalie's crease, and deep into the perpetual chess match between offense and defense.

Discussing topics such as what to look for when a team goes on the power play and why playing center might be the most grueling job in sports, Take Your Eye Off the Puck tells fans how to get the most out of watching their favorite sport.