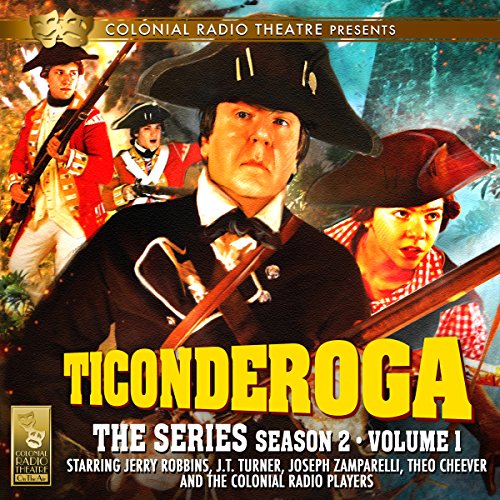 The adventures of Captain Taylor; his son, Adam; Mohawk scout Dagadawidah; and Captain Campbell of the 42nd Highlanders continue at Fort Ticonderoga during the French and Indian War in this full-cast action and adventure audio drama by the award-winning Colonial Radio Theatre.

Written and directed by Jerry Robbins