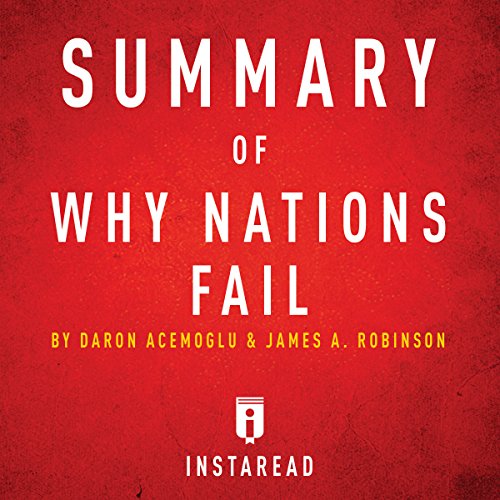 Summary of Why Nations Fail by Daron Acemoglu and James A. Robinson | Includes Analysis

Why Nations Fail: The Origins of Power, Prosperity, and Poverty is an examination of the causes of economic inequality. Authors Daron Acemoglu and James A. Robinson conclude that underdevelopment is caused by political institutions and not by geography, climate, or other cultural factors. Elites in underdeveloped countries deliberately plunder their people and keep them impoverished.

The differences in Nogales can't be explained by geography or culture. Instead, different governments cause the differences in development. The United States historically established pluralist institutions that encouraged technological innovation and spread wealth throughout the population.

Please note: This is key takeaways and analysis of the book and not the original book.