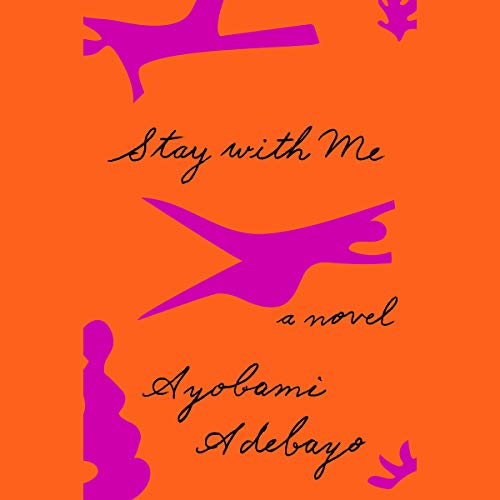 This celebrated, unforgettable first novel, short-listed for the prestigious Bailey's Prize and set in Nigeria, gives voice to both husband and wife as they tell the story of their marriage - and the forces that threaten to tear it apart.

Yejide and Akin have been married since they met and fell in love at university. Though many expected Akin to take several wives, he and Yejide have always agreed: Polygamy is not for them. But four years into their marriage - after consulting fertility doctors and healers, trying strange teas and unlikely cures - Yejide is still not pregnant. She assumes she still has time - until her family arrives on her doorstep with a young woman they introduce as Akin's second wife. Furious, shocked, and livid with jealousy, Yejide knows the only way to save her marriage is to get pregnant. Which, finally, she does - but at a cost far greater than she could have dared to imagine.

An electrifying novel of enormous emotional power, Stay with Me asks how much we can sacrifice for the sake of family.

"A bright, big-hearted demonstration of female spirit, as well as the damage done by the boundlessness of male pride." (The Guardian)

"Adebayo describes parenthood and love with heartbreaking prose. She deftly reveals secrets and the decisions that set life-altering events in motion. The story's fast pace brings surprising twists to Akin, Yejide, and their families' lives." (Booklist)

"Adjoa Andoh delivers a strong portrayal of this audiobook's main characters.... She virtually becomes the elder mothers and other family members who impact the couple's relationship.... This is a powerful novel that unfolds through Andoh's superb characterizations of the protagonists." (AudioFile)