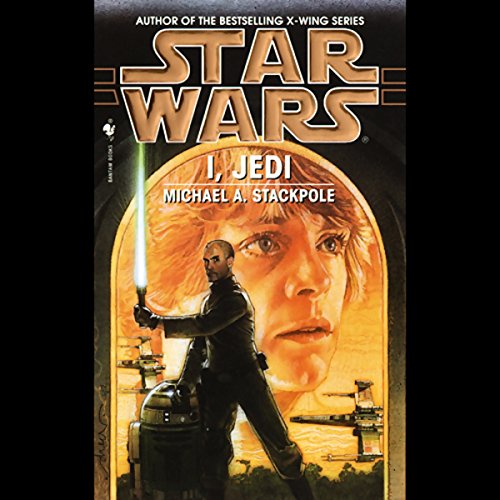 New York Times best-selling author Michael A. Stackpole presents a stirring new tale set in the Star Wars universe: the dramatic story of a heroic X-wing pilot on the razor's edge between the Force and the dark side.

Corran Horn has distinguished himself as one of the best and brightest of Rogue Squadron's elite fighting force. Then his wife, Mirax, vanishes on a covert mission for the New Republic, and Corran vows to find her. To do so, he knows he must develop the latent Force powers inherited from his grandfather, a legendary Jedi hero. He joins Luke Skywalker's famed Jedi academy to begin training, only to quit in frustration at Skywalker's methods. Now Corran is on his own. Using his Corellian undercover experience, he must infiltrate, sabotage, and destroy a ruthless organization in order to find his wife. But to succeed, Corran will have to come to terms with his Jedi heritage and make a terrible choice: surrender to the dark side...or die.

"Stackpole adds many engaging details and minor characters of his own to the Star Wars universe and puts his skill at telling a fluid action story on full display here. This novel will play well among the loyal fans and can be enjoyed even by non-fans with a taste for star-faring swashbucklers." ( Publishers Weekly)