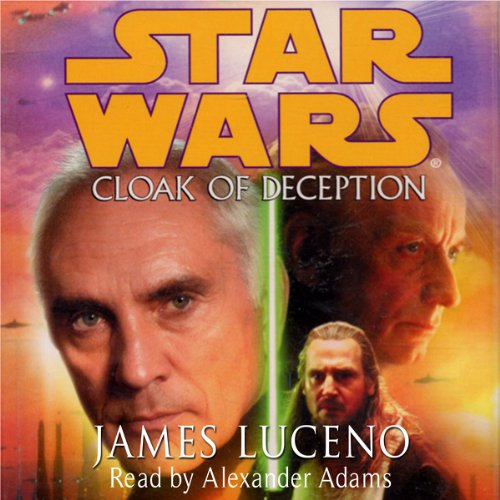 "The Chancellor has little real power- He is mired down by baseless accusations of corruption," Senator Palpatine told Queen Amidala in Episode I.

Tracing the thrilling chain of events that leads up to the Republic's current chaotic state, Cloak of Deception follows Chancellor Valorum as he struggles with his fall from power- and the dark forces who have benefitted greatly from his weakened position.

Hoping to stem the growing tide of unrest, Valorum convenes an emergency trade summit on the planet Eriadu. At his request, a group of Jedi Knights is sent to protect the delegates from possible terrorist attack. But what should have been a simple peacekeeping assignment turns out to be a mission into the heart of a political firestorm.

For shadowy forces are at work, pulling the strings in a masterful bid for power that could leave the Republic reeling. And the Chancellor is only its most visible victim. One man's fall from power could lead to the end of the Republic, and the irreversible rise of the dark side.