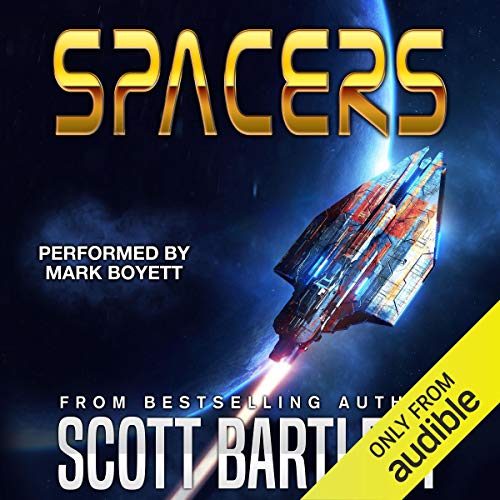 The day the aliens returned.

The memories are still fresh.
Of colonies burning.
Of millions dying in agony.

Fifty years later, we’ve built up our strength.
Using a wormhole, we colonized both sides of the galaxy.

It was the worst mistake we could have made.
Our enemy has returned and the wormhole has collapsed.

Commander Thatcher finds himself on the wrong side of the divide.
Separated from his pregnant wife by countless light years.

He’s just been given command of a light armored cruiser.

If he ever wants to see his wife again, he’ll need to do the impossible.
To defeat this enemy, he will need to reinvent space warfare.

So that’s just what he’s going to do.

Spacers contains First Command through to the end of Free Space.