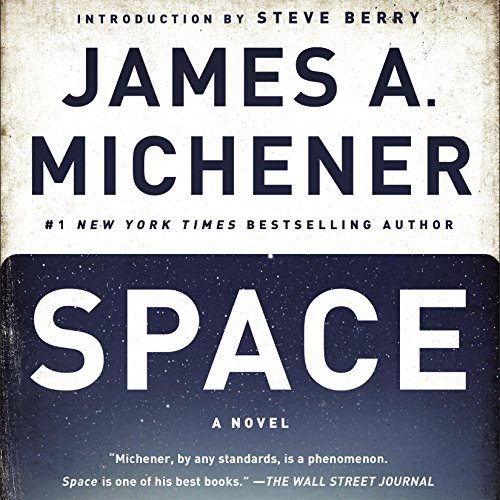 Already a renowned chronicler of the epic events of world history, James A. Michener tackles the most ambitious subject of his career: space, the last great frontier. This astounding novel brings to life the dreams and daring of countless men and women - people like Stanley Mott, the engineer whose irrepressible drive for knowledge places him at the center of the American exploration effort; Norman Grant, the war hero and US senator who takes his personal battle not only to a nation but to the heavens; Dieter Kolff, a German rocket scientist who once worked for the Nazis; Randy Claggett, the astronaut who meets his destiny on a mission to the far side of the moon; and Cynthia Rhee, the reporter whose determined crusade brings their story to a breathless world.

"A master storyteller.... Michener, by any standards, is a phenomenon. Space is one of his best books." ( The Wall Street Journal)
"A novel of very high adventure...a sympathetic, historically sound treatment of an important human endeavor that someday could be the stuff of myth, told here with gripping effect." ( The New York Times Book Review)
" Space is everything that Michener fans have come to expect. Without question, the space program's dramatic dimensions provide the stuff of great fiction." ( BusinessWeek)