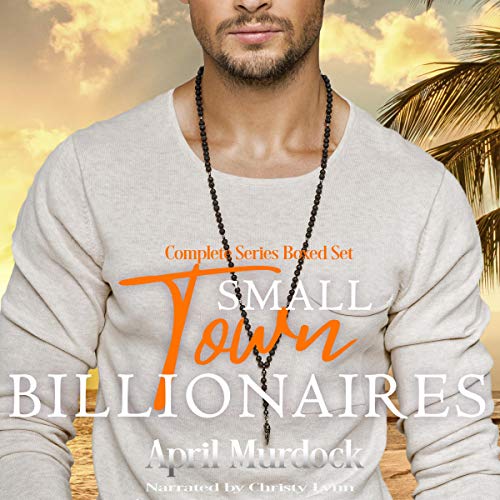 The stories included in this complete series collection are:

Blake Murphy wants redemption. More than that, he wants a second chance. He'd been avoiding his hometown - and Trista Kennedy - since the day he left for college. His high school reunion was coming up, and he couldn't hide from the past any longer.

Trista had moved on from Blake...until she saw him when he came home for their high school reunion. He was handsome, rich, and easygoing. So much had happened in a decade.

Blake's old flame - the one who'd come after he'd broken Trista's heart - was ready to scoop him up again. Trista couldn't even think about competing with her. But she felt something. Yearning.

Brandon Phillips is sick of his shallow existence. Sure, he has money, and plenty of it, but that's part of the problem. How can he know that people like him for who he really is? Deciding to wander aimlessly where nobody knows him, he's hoping to find out what kind of man he really is.

Jessie White loves music, and it's now her job. As a blogger, she was often struggling to make ends meet, but after landing a permanent magazine gig, things were looking up. She'd saved every penny to go to the music festival in a small town a few hours away, and she was going to make the most of it. Her interview with an up-and-coming singer was going to really put her on the map.

When Brandon and Jessie bump into each other the night before the music festival starts, neither has any idea how their lives are going to change.

Jessica Collins is content as a high school English teacher. She knows there's more outside the small town of Pinevale, Georgia, but she's not unhappy with her life. After a bad breakup, she's giving dating a rest hoping her heart will heal, and she's getting there. Until she gets roped into a bachelor auction for charity, that is....

Jake Turner needed a change of scenery. The Gulf Coast of Alabama would be a drastic change from the hustle of the technology hub in California. Surely the beach would help him clear his mind so he could finish the project that was his billion-dollar company's next new thing.

Gillian Payne was haunted by the past. Failures and should-have-dones were all around her. Running the beach bed-and-breakfast she inherited from her mother was harder than she'd realized it would be. Crisis after crisis kept her busy and worried.