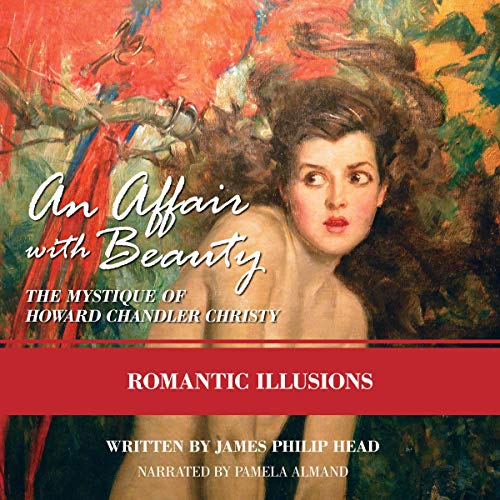 Fame, fortune, and beautiful models - Howard Chandler Christy had them all.

Christy was the most famous American painter of the Jazz Age, a time when an elite brotherhood of New York artists dominated the publishing world. Christy had eclipsed all of them with his "Christy Girl", an idealized woman who redefined beauty, influenced fashion, and inspired generations of women. Illustrated in popular magazines, best-selling novels, and top-ranked newspapers, the "Christy Girl" transformed the artist into a household name.

In Romantic Illusions, the second book in Head's An Affair with Beauty trilogy, Christy once again comes to life through the eyes of Nancy Palmer. Christy, his wife and former model, as she recounts her first Christmas with Howard and his family at his Ohio mansion, the Barracks, in 1912.

Howard tells of his early years studying art in near-poverty in New York City and his sudden ascent to stardom as the top pupil of William Merritt Chase, the premier portrait painter in America. During "The Great Flood of 1913" - the worst tragedy the Midwest had ever encountered - Howard describes his daring experiences with Teddy Roosevelt during the Spanish-American War in Cuba and his brush with near-certain death, no less than three times.

The effects of the war profoundly transform Howard, inspiring him to create his vision of beauty, the "Christy Girl," which catapults him to stardom.

When romance blossoms between artist and model, Howard is slow to seek a divorce from his estranged wife, Maebelle, jeopardizing Nancy's desires and compelling her to uncover his scandalous past. As World War I break out, Howard returns to New York City, forcing Nancy to risk everything as she reveals her true feelings for him.