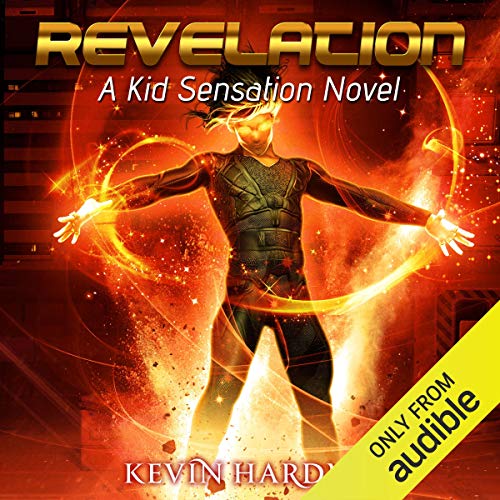 The pressure of being a super - especially a teen super - can get to anyone, as Jim (aka Kid Sensation) has witnessed firsthand. Now he wonders if he himself might be succumbing to the strain in some way, as he can't shake the feeling that he is now being watched by some new stalker. Moreover, despite his wide slate of powers, he hasn't been able to discover a single clue to substantiate the existence of this potential new enemy, making him wonder if it's all in his head.

Looking forward to a few days of rest and hanging out with his friends, Jim's downtime is interrupted by the unsettling news that Alpha Prime, the world's greatest superhero (and Jim's father), is missing. As if that wasn't bad enough, Jim finds his world rocked by an even more ominous revelation: his deranged half-brother, Paramount, has escaped from confinement in a maximum security installation.

In the course of investigating these events and trying to ascertain what connection, if any, there is between them, Jim becomes privy to information concerning a potent alien device capable of laying waste to the entire planet. But he's not the only one - an enigmatic villain wants the alien technology for his own purposes, and it's up to Jim to find a way to stop him before the world pays the ultimate price.