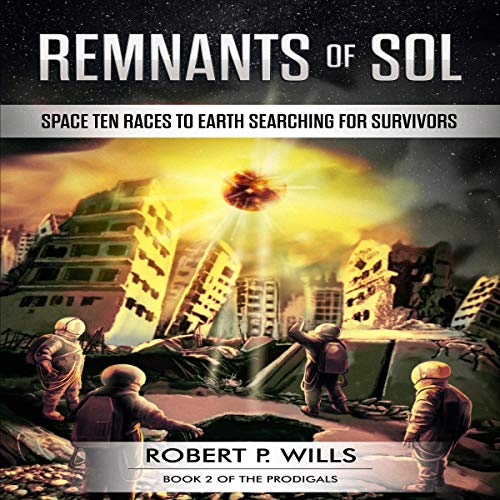 While confronting the Arcturians, Nick witnesses the Sun disappear from the dark Arcturian sky exactly when Tolen says it will. Numb from the prophesy he alone has just received, Nick leads the rest of the landing party back to Space Ten. Even though he was told Earth was gone, Nick tells his staff he wants to return to find survivors to add to the meager remnants of the Human race; the crew of Space Ten. He doesn’t believe in God, much less that he wiped out everyone back home; there must be another explanation.

Without enough supplies to reach Earth and then one of the other planets selected for colonization, Nick is forced to look to Arcturus for much-needed provisions even though he was warned to stay away from the planet. Hoping to avoid any contact with the locals, Nick has Gunnery Sergeant McCain lead the away mission with a dozen Marines and Em-Squats - with unexpected results.

While the ship heads to Earth, Nick decides the entire crew should have access to the now-digitized Bible. As everyone grapples with their newfound faith and what has happened back on Earth, lines are drawn between new believers and those that refuse to read the Bible or take to heart what they have read. Also muddying the waters are the One Gen terrorists who are still aboard; most do not want anything to do with the Bible and are even more intent on destroying Space Ten. As Nick reads the Bible, he tries to reach out to the One Gen operatives to work out a peace with them. Once the ship reaches Earth, he will assist any who want to leave find another ship capable of reaching one of the other planets so they can live on their own. A shaky armistice is reached between the two groups as Space Ten reaches Earth and searches for survivors of the system-wide destruction.