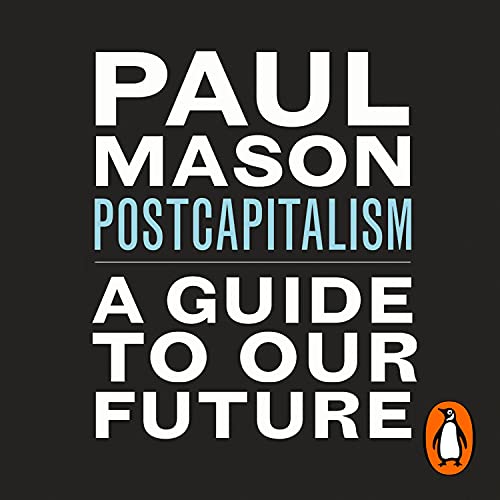 From Paul Mason, the award-winning Channel 4 presenter, PostCapitalism is a guide to our era of seismic economic change and how we can build a more equal society.

Over the past two centuries or so, capitalism has undergone continual change - economic cycles that lurch from boom to bust - and has always emerged transformed and strengthened. Surveying this turbulent history, Paul Mason wonders whether today we are on the brink of a change so big, so profound, that this time capitalism itself, the immensely complex system by which entire societies function, has reached its limits and is changing into something wholly new.

At the heart of this change is information technology: a revolution that, as Mason shows, has the potential to reshape utterly our familiar notions of work, production and value and to destroy an economy based on markets and private ownership; in fact, he contends, it is already doing so.

This audiobook has been updated as of March 2017.

A Guideline for humanity to survive the 21century

Since the fall of the sowjet union it is so hard to imagine an alternative to western neoliberalim and capitalism... Even though it is Probably the hardest challenges for humanity in this century is to break up the separation of labour and capital and leave capitalism behind. This book even though some chapter are complex and hard to understand gives hope for an utopian future where our lives and selfimage won't be determined by our jobs...

Impressive overview of the background of our current economic predicament; convincing vision for the future.