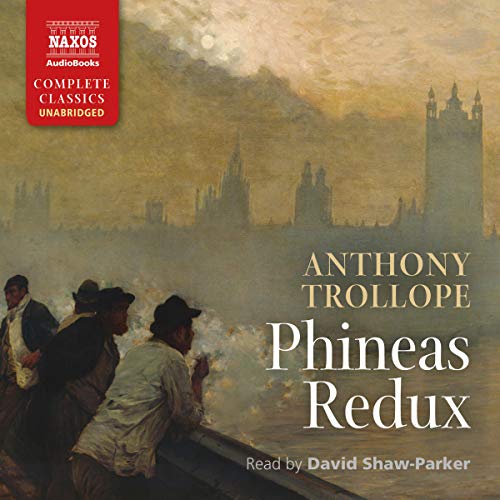 Returned from Ireland after the death of his wife, Phineas Finn has a newfound ambition to rise through the ranks of English politics. But not long after regaining his seat in parliament, Phineas's luck begins to desert him. His reputation is tarnished after the press circulate rumours of an affair with Laura Kennedy, and his ambitions are frustrated by opposition from within the Party. Then, when his Party rival Mr Bonteen is discovered dead, all fingers point towards Phineas, leading to his incarceration and humiliation at the dock. How will he redeem himself, and who will come to his aid?

Phineas Redux is a gripping look at the political stage in Victorian England. It is perhaps the most personal of Trollope's Palliser series, being coloured by the author's own experiences as a Liberal candidate between the time he wrote this and Phineas Finn.