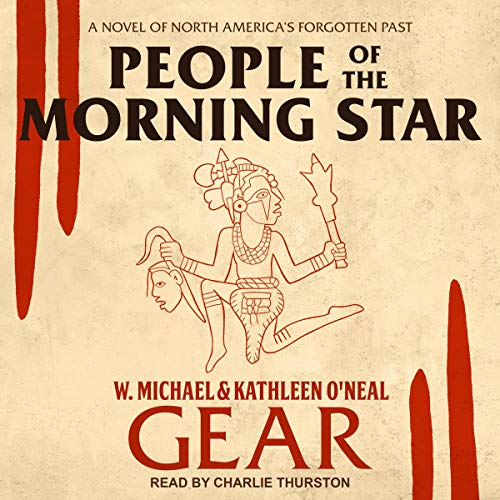 People of the Morning Star

The city of Cahokia, at its height, covered more than six square miles around what is now St. Louis and included structures more than 10 stories high. Cahokian warriors and traders roamed from the Great Lakes to the Gulf of Mexico. What force on earth would motivate hundreds of thousands of people to pick up, move hundreds of miles, and once plopped down amid a polyglot of strangers, build an incredible city?

A religious miracle: The Cahokians believed that the divine hero Morning Star had been resurrected in the flesh. But not all is fine and stable in glorious Cahokia. To the astonishment of the ruling clan, an attempt is made on the living god's life. Now it is up to Morning Star's aunt Matron Blue Heron to keep it quiet until she can uncover the plot and bring the culprits to justice. If she fails, Cahokia will be torn asunder in warfare, rage, and blood as civil war consumes them all.