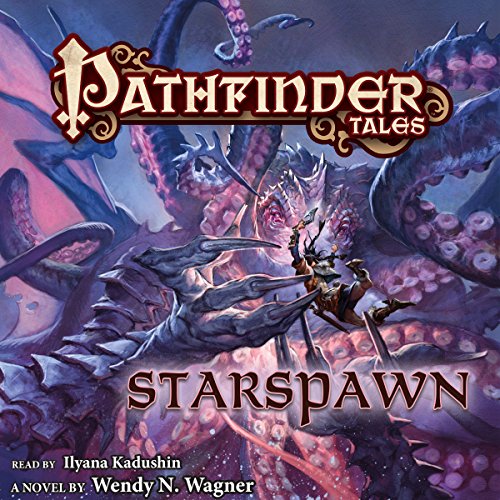 Paizo Publishing is the award-winning publisher of fantasy role-playing games, accessories, and board games. Pathfinder Tales: Starspawn is the latest in their popular series. The sequel to Hugo Award winner Wendy N. Wagner's Skinwalkers !

Once a notorious Viking and pirate, Jendara has at last returned to the cold northern isles of her home, ready to settle down and raise her young son. Yet when a mysterious tsunami wracks her island's shore, she and her fearless crew must sail out to explore the strange island that's risen from the sea floor. No sooner have they arrived in the lost island's alien structures, however, than they find themselves competing with a monstrous cult eager to complete a dark ritual in those dripping halls. For something beyond all mortal comprehension has been dreaming on the sea floor. And it's begun to wake up.