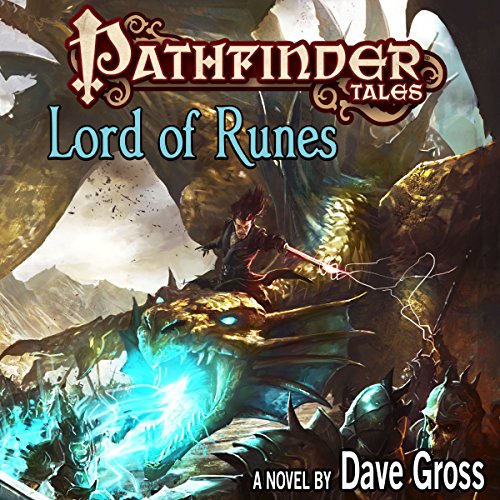 The aristocratic Pathfinder Varian Jeggare and his hellspawn bodyguard, Radovan (Pathfinder's answer to Sherlock Holmes and Watson), return for their fifth standalone novel. When Varian is bequeathed a dangerous magical book by an old colleague, he and Radovan are pulled into a mystery that will set them on the path of a powerful necromancer seeking to become the new avatar of an ancient and sinister demigod - one of the legendary Runelords. But in saving the world, will Varian and Radovan lose their souls?

Based upon the world featured in the award winning Pathfinder role-playing game.