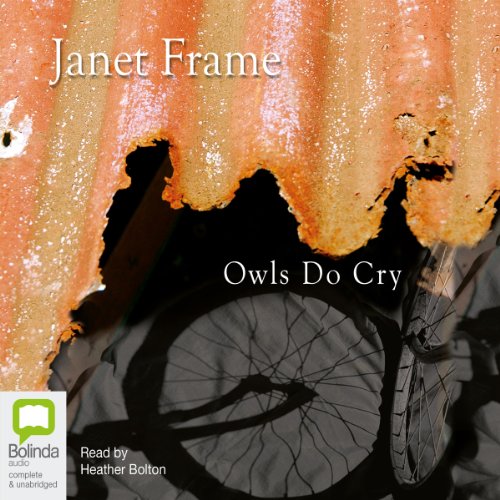 This poignant and semi-autobiographical debut novel from New Zealand author Janet Frame created a sensation when it was first published, in 1957. With gorgeous but often experimental writing and a plot featuring death, mental illness, and institutionalization, Owls Do Cry was frequently seen as too grim at the time it appeared. Here, performer Heather Bolton's warm, sensitive narration counterbalances the difficult subject matter and provides a compelling listen for a classic that’s full of original images and intense, poetic prose.

Owls Do Cry is one of the classics of New Zealand literature, and has remained in print continuously for 50 years. A fiftieth anniversary edition was published in 2007.

Owls Do Cry is Janet Frame's first novel. She describes her idea behind it in the second volume of her autobiography:

"Pictures of great treasure in the midst of sadness and waste haunted me and I began to think, in fiction, of a childhood, home life, hospital life, using people known to me as a base for main characters, and inventing minor characters"

Regarded by many as one of the best New Zealand novels published, Owls Do Cry forms a loose trilogy with her two subsequent novels, Faces in the Water and The Edge of the Alphabet.