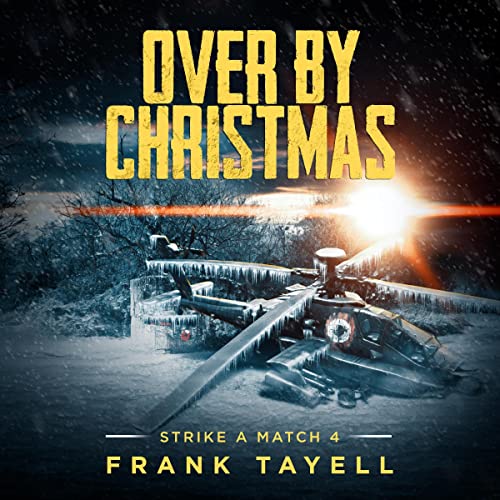 Two deaths could be an accident. Three must be murder.

2039, 20 years after the AIs went to war, plague and famine have reduced the global population to 100 million. Most of the planet is a wasteland, with only a handful of enclave-nations preserving a dim shadow of civilization. Technology has regressed to the era of steam trains, telegrams, and sailing boats, but democracy survived and is again under threat.

Three terrorist insurgencies have swept across Europe, pillaging farms, burning villages, and destroying two decades of fragile recovery. Those refugees who escaped the massacres fled to the coast. Like a century before, Calais and Dunkirk have become the front line.

On the home front, rationing continues, and another ice-age winter has begun. Christmas is only days away, but Constable Ruth Deering’s mood is anything but festive. In the walled city of Dover, a lonely chef is discovered dead, poisoned. What first appeared to be an accident is soon suspected to be the work of a serial killer who is certain to strike again.

On the front line, Henry Mitchell doesn’t view this as war - just another crime against humanity during the 20-year-long battle for survival. As hastily built bastions are fortified by a conscript militia, Mitchell ventures deep behind the lines, hunting for the mastermind responsible for this latest assault.

In the new British capital of Twynham, a peace treaty with the separatist kingdom of Leicester is in peril. Until it’s signed, the soldiers laying siege to the royalist redoubt can’t be redeployed to the front.

As rusting tanks are recovered for repair, new regiments are raised, and spies are sent east, the nation prepares for a war that certainly won’t be over by Christmas.