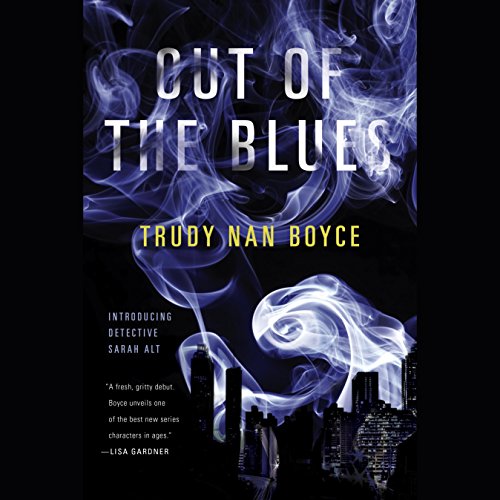 Out of the Blues

From an author with more than 30 years' experience in the Atlanta Police Department comes a riveting procedural debut introducing an unforgettable heroine.

On her first day as a newly minted homicide detective, Sarah "Salt" Alt is given the cold-case murder of a blues musician whose death was originally ruled an accidental drug overdose. Now new evidence has come to light that he may have been given a hot dose intentionally. And this evidence comes from a convicted felon hoping to trade his knowledge for shortened prison time...a man who Salt herself put behind bars.

In a search that will take her into the depths of Atlanta's buried wounds - among the city's homeless, its politically powerful churches, commerce and industry, and the police department itself - Salt probes her way toward the truth in a case that has more at stake than she ever could have imagined.

At once a vivid procedural and a penetrating examination of what it means to be cop, Out of the Blues is a remarkable crime debut.

“What's this? A female cop who doesn't look like a runway model and doesn't go mano a mano with psychotic killers? Trudy Nan Boyce may be a first-time author, but she was in law enforcement for more than 30 years, which should explain why the stationhouse personnel and forensic details in Out of the Blues feel so authentic.” (Marilyn Stasio, The New York Times Book Review)

“Exceptional...I figured authenticity would thrum from the dialogue, reality would pulse from the plot and the blues would be the narrative’s soundtrack. I was correct on all counts.” (Milwaukee Journal-Sentinel)

“Out of the Blues introduces an appealing character, Detective Sarah Alt [“Salt”].... Atlanta locales and history are a recurring element in the narrative and a pleasant feature of the book [and] Boyce describes these places with colorful clarity.... Salt’s next sleuthing adventure should be much anticipated.” (Associated Press)

Das sagen andere Hörer zu Out of the Blues