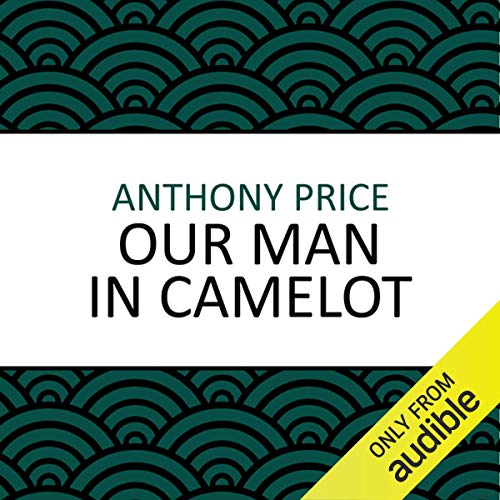 Our Man in Camelot

Anthony Price ingeniously combines the machinations of British Intelligence with the legend of King Arthur in an extraordinary thriller that crackles with suspense from start to finish.

A US Air Force plane mysteriously vanishes on a flight from its base in Britain, and its ace pilot with it. The CIA investigates the missing pilot, and makes some odd findings; findings that will take British intelligence officer David Audley back to the sixth century in an absorbing battle of wits with the Soviet secret police.

Anthony Price is the author of 19 novels featuring Dr David Audley and Colonel Jack Butler, which focus on a group of counter-intelligence agents. Approximately 20 years elapse between the first and last novel in the series, and most of the plots are connected with one or more important events in military history.

The first three novels were adapted into a six-part BBC TV drama in the 1980s, and The Labyrinth Makers and Other Paths to Glory have both been produced as BBC radio dramas. All 19 titles will be reissued in e-book format through Orion’s ‘The Murder Room’ project.