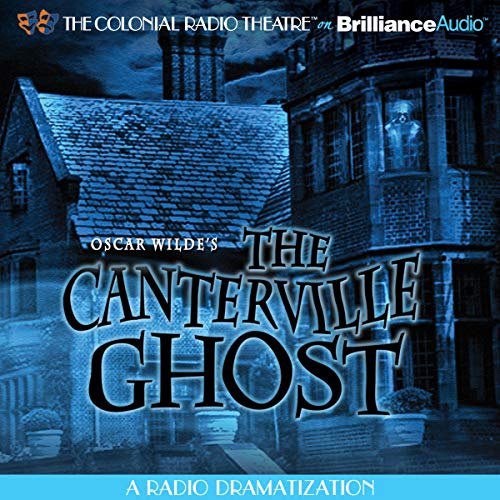 Meet the Otis family: Mister and Missus, and their four children - Washington; the twins called Stars and Stripes; and their daughter, Virginia. They've just moved from America and into the English country manor of Canterville Chase. Though rumors persist that the house is haunted, the Otis' have none of it, and set about making the house their own. Then come the mysterious clanking chains and the bloodstains on the floor, and soon even the Otis family must come face to face with that most feared of creatures - The Canterville Ghost. But will the Ghost be able to survive his encounters with the erstwhile Americans? Based on the immortal short story by Oscar Wilde, the award-winning Colonial Radio Theatre presents this most macabrely witty tale about life, death, love, fear, and Pinkerton's Champion Stain Remover. "The Canterville Ghost" comes to life in a spirited production - filled with lush music and evocative sound effects - which will have you laughing and shrieking in equal measure.

I loved the performance and the story, of course. What I didn't like was the music. There was just too much of it.