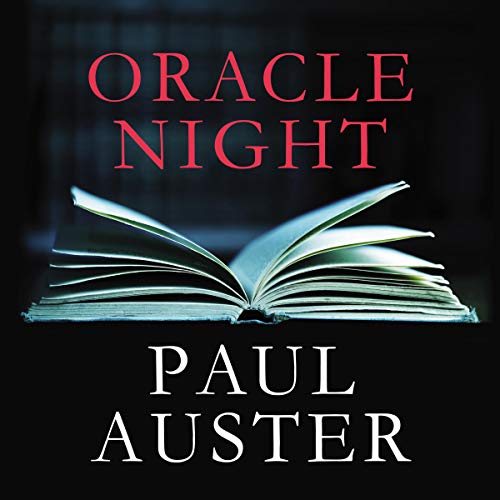 Several months into his recovery from a near-fatal illness, 34-year-old novelist Sidney Orr enters a stationery shop in the Cobble Hill section of Brooklyn and buys a blue notebook. It is September 18, 1982, and for the next nine days Orr will live under the spell of this blank book, trapped inside a world of eerie premonitions and bewildering events that threaten to destroy his marriage and undermine his faith in reality.

Why does his wife suddenly break down in tears in the backseat of a taxi just hours after Sidney begins writing in the notebook? Why does M.R. Chang, the owner of the stationery shop, precipitously shut down his business the next day? What are the connections between a 1938 Warsaw telephone directory and a lost novel in which the hero can predict the future? At what point does animosity explode into violence? To what degree is forgiveness the ultimate expression of love?

Paul Auster's mesmerizing eleventh novel reads like an old-fashioned ghost story. But there are no ghosts in this book, only flesh-and-blood human beings, wandering through the haunted realms of everyday life. At once a meditation on the nature of time and a journey through the labyrinth of one man's imagination, Oracle Night is a narrative tour de force that confirms Auster's reputation as one of the boldest, most original writers at work in America today.

"Artful, ingenious...both a darkly suspenseful domestic drama and a moving meditation on chance and loss....Auster's unique genius is to make the absurd coherent; his stories have a dreamlike, hallucinatory logic." ( Publishers Weekly)
"Auster has a droll, almost twangy, voice, which he uses to good effect.... Oracle Night is likely to be revered by Auster's many fans." ( AudioFile)
"[Auster] shines as a fabulist and tale-teller, putting a high-modernist gloss on noir." ( The New Yorker)