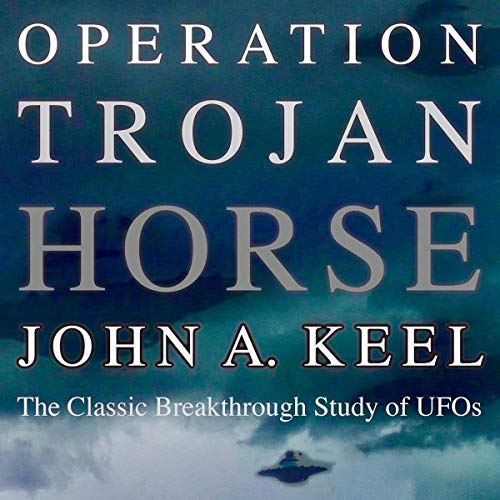 Our skies are filled with Trojan horses....

“The real UFO story must encompass all of the many manifestations being observed. It is a story of ghosts and phantoms and strange mental aberrations; of an invisible world that surrounds us and occasionally engulfs us; of prophets and prophecies, and gods and demons. It is a world of illusion and hallucination where the unreal seems very real, and where reality itself is distorted by strange forces which can seemingly manipulate space, time, and physical matter - forces that are almost entirely beyond our powers of comprehension.”

When this work was first published in 1970, it shredded the then-trendy nuts-and-bolts extraterrestrial hypothesis for UFOs in favor of one that linked UFOs to a variety of paranormal and supernatural phenomena that have taken place throughout history. Keel was one of the first to note that the UFO phenomenon appears in different disguises - and that one could not begin to decipher this great mystery without first taking into account its many and varied deliberate deceptions. Other than a few corrections, this Anomalist Books edition essentially follows the original 1970 edition of UFOs: Operation Trojan Horse.

About the author: John A. Keel (March 25, 1930-July 3, 2009) was an American journalist and influential ufologist best known as the author of The Mothman Prophecies. In the 1950s, he spent time in Egypt, India, and the Himalayas investigating snake-charming cults, the Indian rope trick, and the legendary yeti, an adventure that culminated in the publication of his first book, Jadoo. In the mid-1960s, he took up investigating UFOs and assorted forteana and published his first knockout UFO book, UFOs: Operation Trojan Horse.