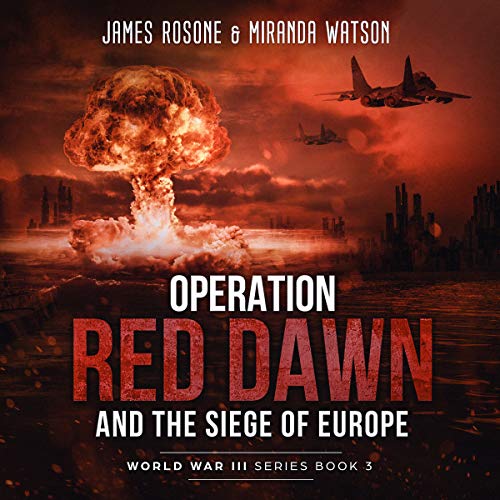 Operation Red Dawn and the Siege of Europe

Is America vulnerable to an attack on the homeland?

In Operation Red Dawn and the Siege of Europe, we see what happens when war arrives on the shores of the US. As Chinese and Russians attack the frontier of Alaska, American forces are stretched thin. With battles raging in Europe, the Islamic Republic, and on their own doorstep, what will President Stein decide to do?

Operation Red Dawn and the Siege of Europe is the third audiobook in this predictive World War III military thriller series. If you like pause-resisting action and geopolitical intrigue, you'll love this novel by Rosone and Watson.

Is there any way to salvage the war-torn nation of the US? Will American ingenuity be enough to change the tide of World War III? Grab your copy and find out.