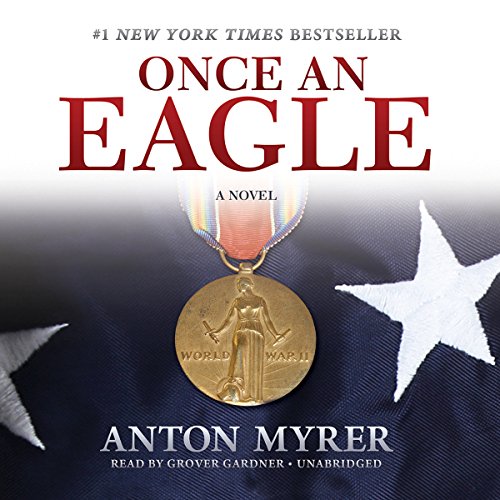 Once an Eagle is the story of one special man, a soldier named Sam Damon, and his adversary over a lifetime, fellow officer Courtney Massengale. Damon is a professional who puts duty, honor, and the men he commands above self-interest. Massengale, however, brilliantly advances his career by making the right connections behind the lines and in Washington’s corridors of power.

Beginning in the French countryside during the Great War, the conflict between these adversaries solidifies in the isolated garrison life marking peacetime, intensifies in the deadly Pacific jungles of World War II, and reaches its treacherous conclusion in the last major battleground of the Cold War.

A study in character and values, courage, nobility, honesty, and selflessness, here is an unforgettable story about a man who embodies the best in our nation - and in us all.

Anton Myrer (1922–1996) enlisted in the US Marine Corps following the attack on Pearl Harbor and served for three years in the Pacific. Wounded on Guam, he returned to Harvard, graduated, and began an illustrious literary career, during which he wrote such memorable novels as The Big War, The Last Convertible, and A Green Desire.

“A remarkable novel…Utterly engrossing. Myrer is a superb storyteller, one of the few gifted novelists now writing who cares about the art of narration and is a master of it…A grim, exciting, and almost overwhelming account of twentiethcentury war. It is an astute study of the mind and character of a good general and a good man. And it is a brilliant inside views of the life of a career officer in peace and war.” ( New York Times)