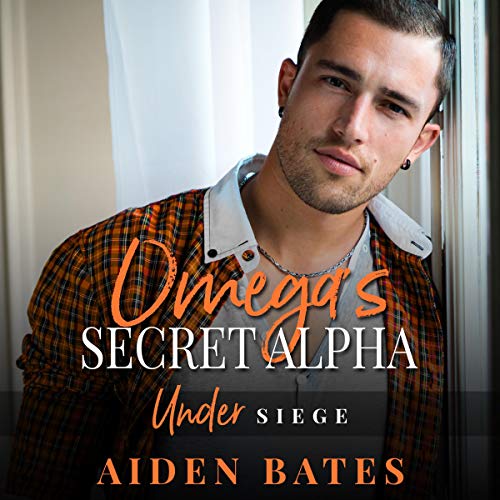 From the moment I first saw him, I knew I was screwed.

Bennet Long wasn’t just any handsome Omega with sinfully blue eyes and an body that could make an Alpha like me ache long after I’d watched him go. He was off limits. Completely forbidden. Not because I couldn’t take him. I knew the minute we first touched and I saw the way his cheeks flushed pink that I could have him. Make him mine. No, I couldn’t even let myself think about taking Bennet Long - not because I couldn’t, but because it was wrong.

I was 55. He was barely old enough to buy his own beer. After one failed marriage already and a lifetime of military service, I knew I wasn’t suitable to be around any Omega at all - but the last Omega I needed to be throwing myself at was one as young, damaged, and naive as him.

And then there was the other catch...the one that turned Bennet Long from a no-go zone into the juiciest piece of forbidden fruit I could imagine...

I’d always found myself attracted to older Alphas, but after my last relationship came to such a violent, terrifying end, I never thought I’d actually be with one ever again. But ever since that awful, painful night, my body had been hurt in ways that I couldn’t explain. My heat started coming on stronger. More unpredictable. More desperate. Being around any Alpha at all when one hit me was a bad idea of the highest order...

But being around my best friend’s Alpha military hero dad? With Logan’s broad, strong shoulders, thick, muscular arms, and firm, I couldn’t have stopped myself even if I’d wanted to.

Logan was everything that I knew I didn’t need in my life. Authoritative. Commanding. Emotionally absent. But the things he made me feel were too strong to deny. Could I try to anyway?