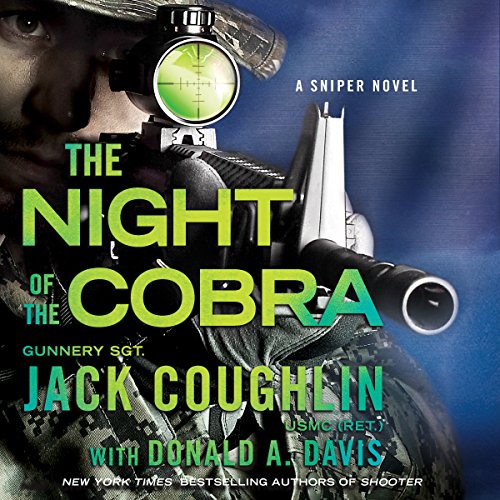 Night of the Cobra

Night of the Cobra

In this enthralling new novel in the best-selling Kyle Swanson sniper series, an American warrior is called to redeem a debt of honor in Somalia amid haunting personal nightmares.

Top-ranked sniper Kyle Swanson was a promising young marine on a dangerous peace-keeping mission in Mogadishu when he first captured "the Cobra", and a lifelong blood feud began. Twenty years later Kyle works for the CIA while the Cobra emerges from prison to become an efficient killing machine, and he has never slackened his hatred for Swanson.

To draw out his ultimate target, the Cobra launches a violent campaign against the United States and attacks the second-largest shopping mall in America. Kyle teams with FBI agent Lucky Sharif, whom Swanson had saved as a child in Somalia, and they must fight through terrorists at home and abroad to stop his old enemy.

The Cobra retreats to Somalia, where he is set to become a powerful warlord and leader of the bloody al Shabaab terror gang. To block him, Swanson must return to the daunting streets of Mogadishu, where he must face his personal nightmares as well as the Cobra, who lies in wait.