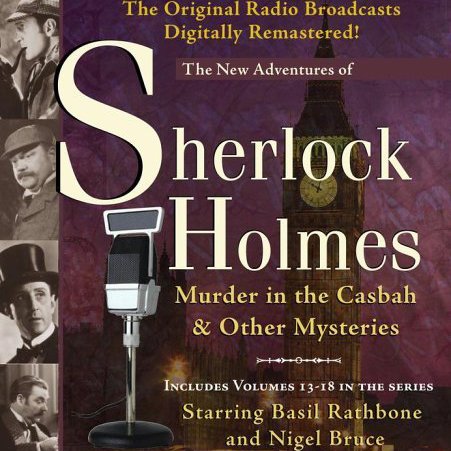 Murder in the Casbah and Other Mysteries

From 1939-1946 Americans gathered around their radio to listen to The New Adventures of Sherlock Holmes, featuring Basil Rathbone as the high-strung crime solver and Nigel Bruce as his phlegmatic assistant, Dr. Watson.

Witty, fast-paced, and always surprising, these great radio plays, written by the prolific writing team of Anthony Boucher and Denis Green, are as fresh today as they were then.

The latest audio technology was employed to bring the best audio quality and fidelity to the original performances, which feature nostalgic wartime announcements, original commercials, and radio narrations.