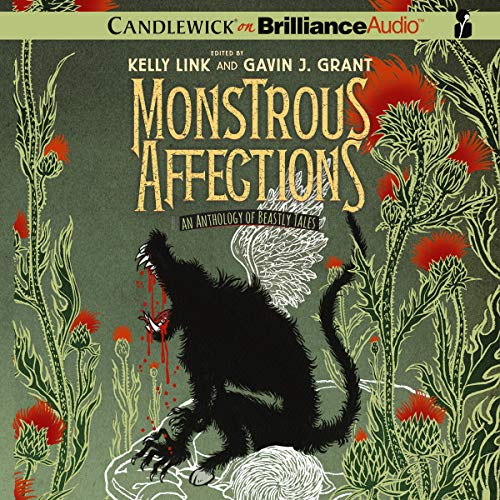 Predatory kraken that sing with - and for - their kin; band members and betrayed friends who happen to be demonic; harpies as likely to attract as to repel. Welcome to a world where humans live with monsters, from vampires both nostalgic and bumbling, to an eight-legged alien who makes tea. Here you'll find mercurial forms that burrow into warm fat, spectral boy toys, a Maori force of nature, a landform that claims lives, and an architect of hell on earth. Through these, and a few monsters that defy categorization, some of today's top young-adult authors explore ambition and sacrifice, loneliness and rage, love requited and avenged, and the boundless potential for connection, even across extreme borders.

Kelly Link and Gavin J. Grant have brought together 15 of the premier voices in speculative fiction to explore the intersection of fear and love - in a haunting, at times hilarious, darkly imaginative volume.