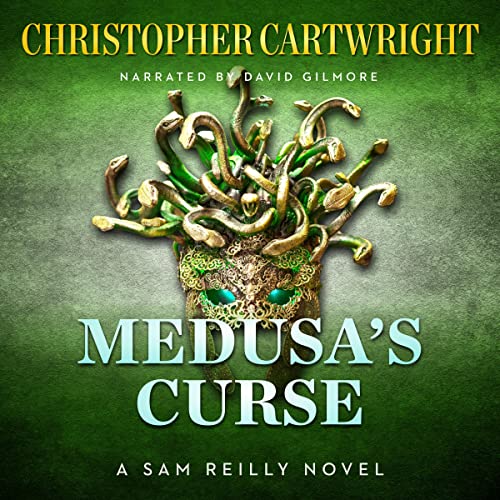 In 1829, the Spanish slave ship Midas left Mendiland (modern-day Sierra Leone) loaded with slaves, cannons, and muskets, headed for the Americas. During the dangerous Atlantic crossing, the slaves revolted, taking control of the ship. In the years that followed, Midas became a pirate vessel, attacking Spanish slavers and merchants alike, until the rogue captain and crew decided to return to Africa with their spoils.

The Midas was never seen again.

In the present day, while hunting for the Midas, Sam Reilly learns of an escalating number of mysterious deaths, superstitiously whispered to be the fault of Medusa’s Curse, and the only clue to stopping it is deciphering a Greek myth thousands of years in the making.