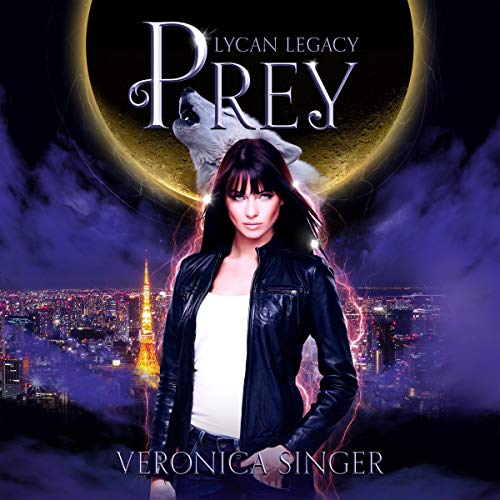 "Prey", whispered my inner wolf. There was a certain beauty, a certain simplicity to her animal mindset. She was quick to label anyone or anything we met as "Pack", "Predator", or "Prey". Together, wolf and woman, we always managed to tell where anyone stood.

Until the day we met that damned Magician in Tokyo.

Luna White is a runaway, a lone werewolf running from her home and pack and her Alpha's obsession with using her to expand the pack; a plan that would have devastating consequences for Luna. She runs to Tokyo, where American werewolf packs are unknown. With a big personality and ego to match; she lands in Tokyo with a splash.

Mason Carter is a magician. He traveled from America and settled in Tokyo. He doesn’t care for werewolves; their lack of control runs against the principles of magic. However, Mason has a secret; he knows how to help the incredibly rare female werewolves keep from losing their minds during pregnancy. He won't reveal this to any werewolf, fearing that unrestrained breeding of werewolf litters will destabilize the supernatural community.

The clash between the powerful Alpha and a Magician threatens not only Luna but the burgeoning love she feels for Mason.