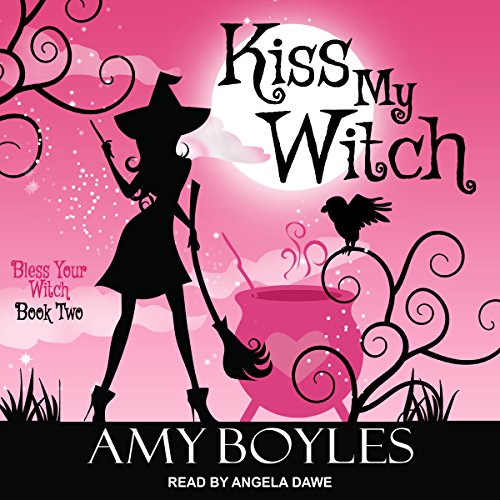 Every time Dylan Apel casts a spell, disaster strikes - from conjuring a giant swarm of bloodsucking mosquitoes to exploding the electrical grid. When witches flood her peaceful hometown for a convention, Dylan is in no shape to protect herself. She's not sure which will happen first - another witch killing her for her powers or the ruling council punishing her for misuse of magic.

Murder strikes quickly. When a witchy gossip columnist dies, the peaceful convention turns riotous. Was the witch murdered for spreading lies or for stealing magic? And was it coincidence that she ate Dylan's dessert? There is a mansion full of suspects but only one man who can learn the truth - the hot, aggravating Roman Bane.

When the witches are ordered to stay until the murderer is found, Dylan decides Roman needs help, and she's the perfect witch for the job. Not because she's falling for him, nope. She's just being helpful. But to find the killer, Roman and Dylan must navigate a maze of lies, dark magic, and old rivalries. With the killer one magical step ahead, will they discover her identity in time to prevent more death - such as Dylan's?