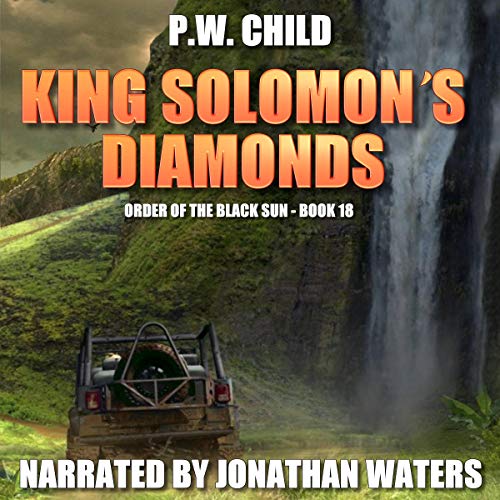 Billionaire explorer David Purdue is tasked with returning a stolen religious relic to its rightful place to avoid a prison sentence, forcing him to return to Ethiopia. The tribunal in charge of his case allows him to take a handful of people with him on the expedition, two of which happen to be investigative journalist Sam Cleave and historian Dr. Nina Gould.

Meanwhile, in Egypt, two astronomers from an ancient order notice a sinister shift in the heavens, marking the advent of cataclysm. Specific heavenly bodies are somehow moved from their orbits, causing natural disasters all over the world with every falling star.

What they do not know is that a malevolent sage known as the Magician is traveling across Europe. He is gathering special diamonds, each part of an arcane alchemical practice that causes climatic chaos. When the astronomers meet up with Purdue, Sam, and Nina, they implore the group to assist them in tracking down King Solomon’s diamonds. They have reason to believe that the fabled binding of 72 demons by the Biblical king is directly linked to the Magician collecting diamonds according to an obscure star map he carries.

Before he sows irreparable destruction, Sam, Nina, and Purdue have to find a way to stay ahead of the evil Magician and collect the necessary diamonds before he can locate them and drive humankind to extinction.