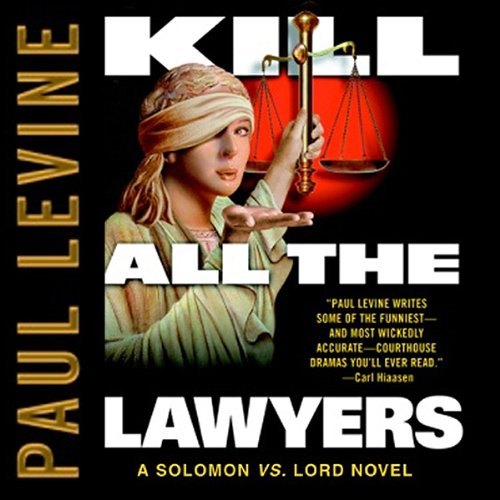 Kill All the Lawyers

They are the legal world's oddest couple: a shorts-and-sandals beach bum and a Coral Gables blue blood. The only thing keeping them together is that they're on the same side.

Why does an ex-client want to kill Steve Solomon? Who doesn't want to kill a lawyer? Still, a 300-pound marlin stuck in your front door is a weird death threat, even by south Florida standards. How can Steve Solomon explain to his partner why an ex-client wants him dead? When Victoria Lord learns the reason, she's angry enough to murder her law partner, too, or at least break up Solomon & Lord.

But while a psychopathic ex-con comes between the squabbling Miami lawyers, his real target catches them both off guard.

"This clever, colorful thriller...focuses as much on the age-old conflict between Mars and Venus as on delivering legal wisecracks and page-turning suspense...." ( Publishers Weekly)