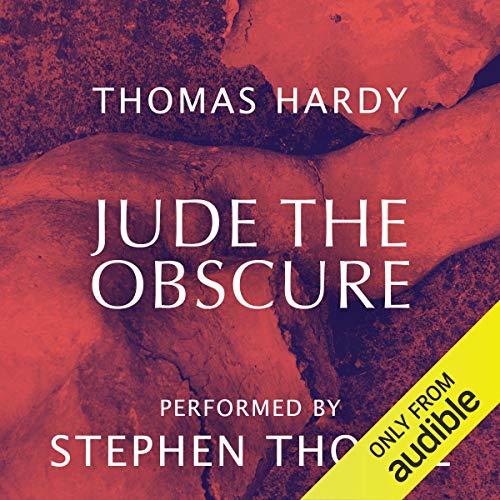 Eager to escape the confines of his lower-class upbringing, Jude Fawley dreams of pursuing higher education, graduating from university and becoming a scholar. Slowly, we witness the resistance Jude is met with and, in keeping with Hardy's other works, the consequences of having dared to defy a society with long-held traditions.

Thomas Hardy's last novel, Jude the Obscure, offers scathing commentary and insight into 19th century England. Widely considered Hardy's boldest and most avant-garde work, it was first published in serialised form, sending weekly shockwaves of outrage to its Victorian audiences. Despite being an able and driven young man, Jude's potential is squandered and his aspirations quashed when he relents and becomes a stonemason. Grounded by an unhappy marriage and a lack of opportunity, Jude's only escape comes in the form of his beloved cousin, Sue Bridehead. An unconventional yet extraordinary heroine, Sue becomes Jude's only chance at happiness, but in a society so unwilling to accept change, their love becomes their undoing.

One of the most influential and prolific novelists and poets of the 19th and early 20th centuries, Thomas Hardy followed the naturalist movement and was greatly inspired by the works of Charles Dickens and William Wordsworth. In turn, his work enthused the likes of Robert Frost, W.H. Auden and Philip Larkin.

Stephen Thorne is a classically-trained radio, film, stage and television actor. He graduated from the Royal Academy of Dramatic Arts and has toured with The Old Vic Company and the Royal Shakespeare Company. His voice experience is extensive and he is credited with over 2000 radio broadcasts and 300 unabridged audiobooks. These include works by James Henry, Dick King-Smith, Arthur Conan-Doyle and F. Scott Fitzgerald.

Stephen famously voiced the character of Aslan in the 1979 adaptation of The Lion, the Witch and the Wardrobe. His unique narration style has won him various awards in both the UK and the USA, including a Talkies Award and several Golden Earphones Awards from Audiofile Magazine.

Stephen is no stranger to the screen and his television roles include Z-Cars, Death of an Expert Witness, David Copperfield, Crossroads, Last of the Summer Wine and Doctor Who. He also appeared in the 1984 film, Runaway and the 1985 film, Lollipop Dragon: The Great Christmas Race.