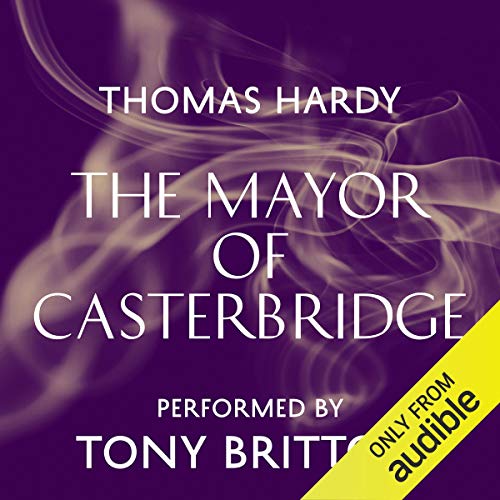 The Mayor of Casterbridge

This audiobook is about the rise and fall of Michael Henchard. While out-of-work he gets drunk at a fair and impulsively sells his wife and baby for five guineas to a sailor. Eighteen years later he is reunited with his wife and daughter, who discover that he has gained wealth and respect and is now the most prominent man in Casterbridge. Though he attempts to make amends he is no less impulsive and once again loses everything due to bad luck and his violent, selfish and vengeful nature.

In this dramatic audiobook, Hardy sympathetically portrays a deeply flawed tragic hero, searching for love and acceptance from his community. It poses the question: do we shape our own fate or is the outcome inevitable? This tragic tale is played out against the vivid backdrop of a close-knit Dorsetshire town.

Thomas Hardy was an English writer and one of the most significant novelists and poets of the 19th and early 20th centuries. He was greatly influenced by Charles Dickens and William Wordsworth.

In 1952, Tony Britton came to major attention after his role as Rameses in The Firstborn at London's Winter Garden Theatre. A renowned classical stage star, he has also appeared in numerous British films since the 1950s; most notably Operation Amsterdam (1959), Sunday Bloody Sunday (1971) and The Day of the Jackal (1973). In 1975, he won the Broadcasting Press Guild Award for Best Actor for his performance in The Nearly Man. From 1983-1990, he starred in the long running BBC sitcom Don't Wait Up alongside Nigel Havers and Dinah Sheridan. In 2013 he performed in a Gala Performance of King Lear at the Old Vic, London. Over the years Tony has lent his soothing voice to a huge collection of audio productions including Daphne du Maurier's Jamaica Inn and Anthony Trollope's An Old Man's Love.