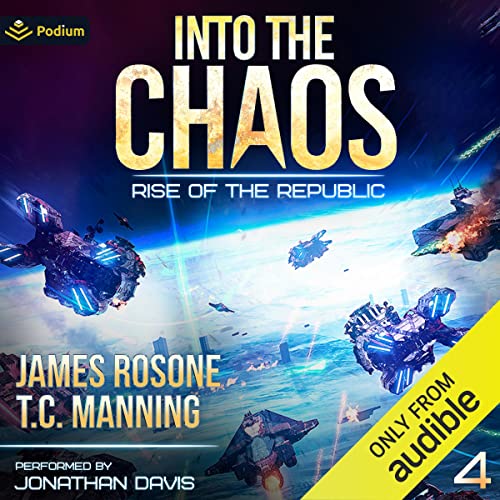 A terrible massacre was uncovered...did the same fate befall Sumer?

Captain Brian Royce brings Hadad to his home planet, which shows obvious signs of battle. Did any of his family survive? Where are all the children; did the Zodarks take them?

Admiral Miles Hunt finds himself appointed to a new position beyond his current skill set. He now has to become more than just a ship captain and fleet commander: he must become the Viceroy of the Milky Way Galaxy.

On Alpha Centauri, an archaeology team makes a discovery that sends shockwaves through the Republic - a discovery so profound it could cause a division and a potential split within the alliance.

The newly deployed Second Republic Army Group on the planet Intus finds itself the vanguard of the alliance’s efforts to liberate the remaining Primord planets. As the Zodark forces are continually pushed back, the alliance edges closer to bringing the war to the enemies’ core worlds.

Can Miles Hunt become the leader humanity needs him to become? And will the Second Republic Army Group survive a gruesome battle on a frozen planet?