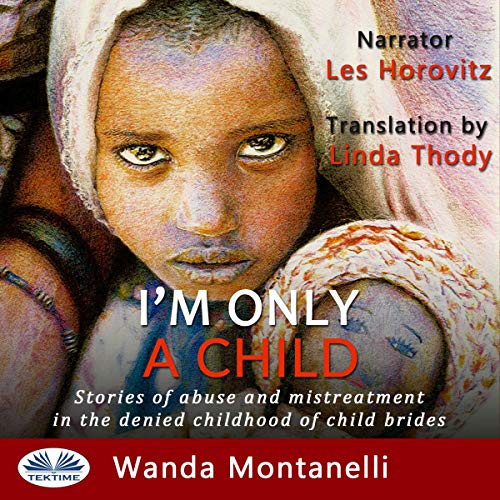 I'm Only a Child

Child brides sold as objects, with a rite of marriage or a simple exchange of money to people of adult age, suffer real abuse, an act which aids pedophilia. The parties responsible are the families, which oblige their daughters to enter into forced marriages, and the men who "buy" a child: as a wife-slave sexual object.

The stories told in this audiobook are true; they took place in Africa, India, Yemen, Niger, Pakistan, Syria, and Mexico, places where, due to poverty, war, famine, it becomes customary for parents to sell their daughters to adult suitors in exchange for money.

The psychological and physical effects are devastating for girls torn from childhood and forced into marriage: from serious diseases like HIV, medical conditions caused by teenage pregnancies, psychiatric disorders, through to a high incidence of childbirth related deaths of both mother and baby.

The social denouncement aims of the #maipiùsposebambine [no more child brides] inquiry uphold the belief that joint efforts to combat the phenomenon of child marriage will further the development of an awareness by all the stakeholders: family, schools, and governmental institutions.

To actively contribute towards solving this serious problem, the author collaborates, through the Osservatorio Onerpo (Onerpo Observatory) of which she is vice president, with the Girls Not Brides organization which, with a significant global partnership program, plans to totally abolish forced marriage by 2030.