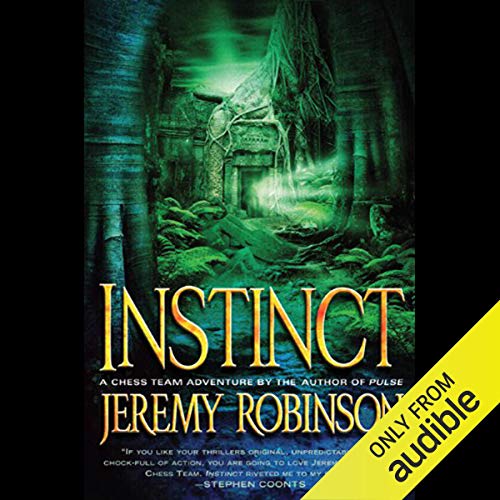 In this sequel to Pulse, a genetic disease known as Brugada Syndrome kills its victims without warning, without symptom. When the president of the United States falls victim to a weaponized and contagious strain of the disease, the Chess Team - King, Queen, Rook, Knight, and Bishop - are assigned to protect Sara Fogg, a CDC detective, as she journeys to the source of the new strain: the Annamite Mountains in Vietnam.

Surrounded by Vietnam War-era landmines, harsh terrain, and more than one military force not happy about the return of American boots to the Ho Chi Minh trail, the fight for survival becomes a grueling battle in the humid jungle.

Pursued by VPLA Death Volunteers, Vietnam's Special Forces unit, the teams flight through a maze of archaic ruins reveals an ancient secret...a primal secret that may stop the disease from sweeping the globe, even as it threatens both the mission and their lives.

"Intense and full of riveting plot twists, it is Robinson’s best book yet, and it should secure a place for the Chess Team on the A-list of thriller fans who like the over-the-top style of James Rollins and Matthew Reilly.” ( Booklist)
"If you like thrillers original, unpredictable, and chock-full of action, you are going to love Jeremy Robinson's Chess Team. Instinct riveted me to my chair." (Stephen Coonts)