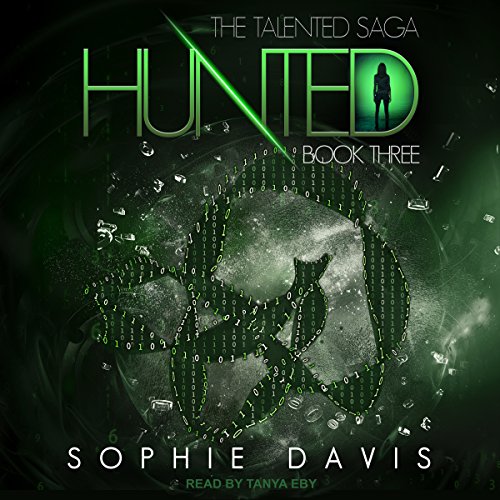 In need of a distraction from her best friend's betrayal, Talia jumps at the chance to pack up and head to Washington, DC, to have a purpose once again. She is tasked with administering the annual Talent Aptitude Tests, analyzing the children of the nation's capital to identify those with powers. She knows that the mandatory testing laws are controversial but is still shocked by the protesters lining the streets of the city and the curfew imposed upon its residents. These add fuel to her own misgivings about the agency and its director, the man who raised her. As if Talia doesn't have enough on her plate with that, the director assigns her a task that will expose his dirtiest secrets. She soon learns that it isn't the children who are tested she needs to be concerned about; it's the ones who aren't. And when she encounters a face from her past, Talia must confront her toughest decision yet.

Following her heart will put Talia and those closest to her in mortal danger. But the consequences of doing nothing are inconceivable. The one bright spot in Talia's new assignment is having her boyfriend Erik by her side. Because not only is Erik a source of comfort, but he is also as determined as she is to uncover the secrets behind the mysterious illness still plaguing her. Day after day, Talia never knows when she might be overcome by one of her unexplained seizures; she must pierce the veils of secrecy covering their origin before someone decides she knows too much.

Good but too fast

The audiobook itself is great, but the speaker was pretty annoying at first. Spoke way too fast and enunciating dialogs weirdly. It got better as the book progressed though