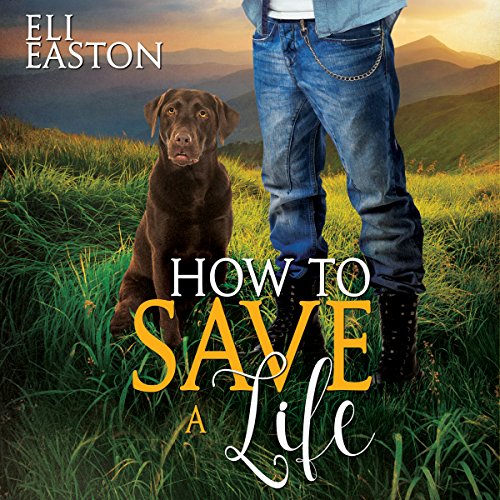 How to Save a Life

Rav Miller looked into the terrified, intelligent eyes of the chocolate Labrador on death row, and knew he’d do anything to save him. When the dog, Sammy, escapes and heads to Mad Creek, Rav follows. Mad Creek. The town had become legendary in Rav’s mind after he’d met that bizarre group last year. Rav dismissed his crazy suspicions back then, but when he arrives in Mad Creek, he knows it’s true. Dog shifters exist, and apparently they all live in the California mountains. It’s enough to blow a bad boy’s mind.

Sammy has something in common with Rav - neither one of them trusts people. After Sammy’s abuse as a dog, he particularly dislikes tough-looking men like Rav. But when Sammy gets a chance to work with rescued dogs at the new Mad Creek shelter, his deep compulsion to help others overcomes his fear. Rav and Sammy bond over saving strays. If they can each find the courage to let someone else in, they might find their way to love.

Sheriff Lance Beaufort doesn’t like humans moving into Mad Creek, especially not the tattooed and defiant Rav. When Rav starts a rescue shelter, the town thinks he’s wonderful! But Lance isn’t fooled. He doesn’t buy Rav’s innocent act for one second. How much does Rav know about the quickened? What is his game? And why did he have to show up now, when Lance and the other town leaders are overwhelmed by all the new quickened pouring in?

Rav knows how to save a life. But can he save an entire town? Can he rescue Mad Creek?

This is an 80,000 word novel, book four in the Howl at the Moon series. It features a new couple and can be enjoyed as a standalone, but we recommend the series in order.

Das sagen andere Hörer zu How to Save a Life