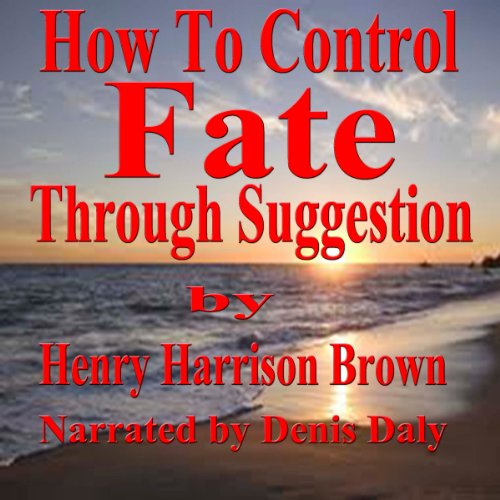 How to Control Fate through Suggestion

After early adventures as a soldier, journalist and lecturer Henry Harrison Brown established himself as a practitioner and teacher of metal healing in 1893. In 1900 he became editor and publisher of NOW magazine in San Francisco which became a popular vehicle for his distinctively muscular presentations of the New Thought philosophy.

In the first decade of the 20th century Brown produced a number of tracts, which he categorized as "Lessons in Soul Culture." Much more of an iconoclast and firebrand than the more celebrated New Thought authors, his style and presentation are characteristically brusque and arresting. One of his most startling titles is How to Control Fate Through Suggestion, presented here in a new recording by Denis Daly.