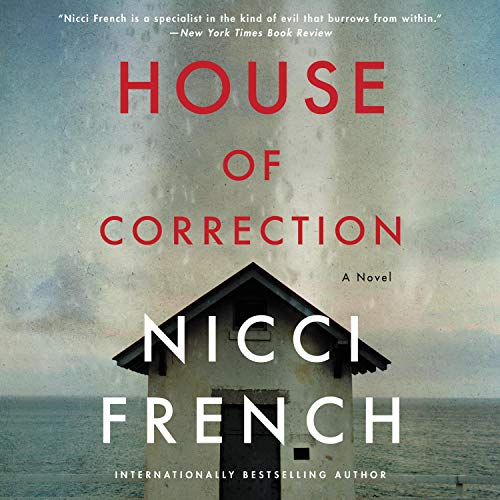 Named a New York Times Best Book to Give!

“This house of correction is booby-trapped with twists, the floors paved with trapdoors, quicksand churning in the garden. Enter if you dare.” (A.J. Finn, number one New York Times best-selling author of The Woman in the Window)

In this heart-pounding stand-alone thriller from best-selling author Nicci French, a woman accused of murder attempts to solve her own case from the confines of prison - but as she unravels the truth, everything is called into question, including her own certainty that she is innocent.

Tabitha is not a murderer.

When a body is discovered in Okeham, England, Tabitha is shocked to find herself being placed in handcuffs. It must be a mistake. She’d only recently moved back to her childhood hometown, not even getting a chance to reacquaint herself with the neighbors. How could she possibly be a murder suspect?

She knows she’s not.

As Tabitha is shepherded through the system, her entire life is picked apart and scrutinized - her history of depression and medications, her decision to move back to a town she supposedly hated...and of course, her past relationship with the victim, her former teacher. But most unsettling, Tabitha’s own memories of that day are a complete blur.

She thinks she’s not.

From the isolation of the correctional facility, Tabitha dissects every piece of evidence, every testimony she can get her hands on, matching them against her own recollections. But as dark, long-buried memories from her childhood come to light, Tabatha begins to question if she knows what kind of person she is after all. The world is convinced she’s a killer. Tabatha needs to prove them all wrong.

But what if she’s only lying to herself?