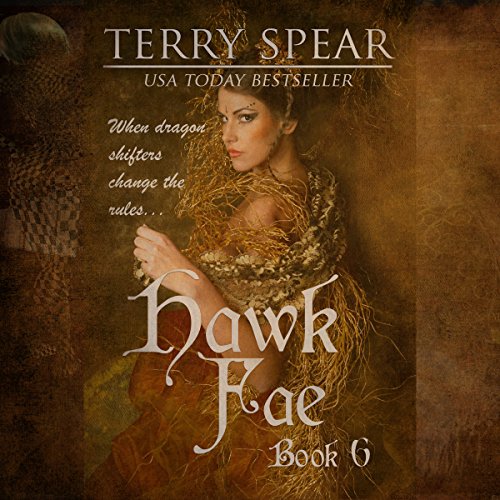 Sometimes, doing a good deed can prove to be a disaster, as Ena, dragon shifter fae, discovers as she must flee her home. But her staff chooses to go with her and deal with the dangers to reach the safety of the hawk fae kingdom, if the king there welcomes them. The human, Brett, promises to help her escape the marriage to the despicable dragon fae prince, rather than return home to his Earth world. And now all the dragon shifter fae are at risk of having to face the dragon fae king's wrath.

Esmeralda, the hawk fae king's sister, has been imprisoned by the griffin on their island for half of her life, and she finally makes her escape - only she gets herself into even more trouble.

Against her wishes, Ena must forsake Brett on the journey, and he finds his world is turned upside down once again - and now he has to survive the life or death trials of the phantom fae kingdom.